Stages Of Caring For Seniors With Alzheimer’s & Dementia 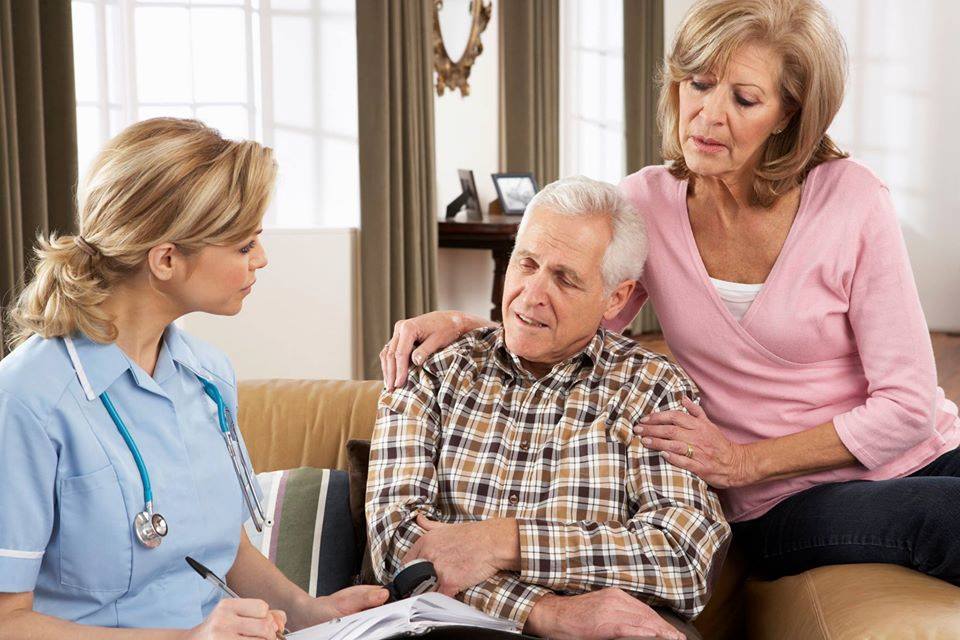 I noticed she was repeating herself many times during the same conversation. She’d always been a lively talker, full of stories. And her eyes still sparkled with that intelligence and sense of wonder that I’d always liked about her. But as she finished this story again, there was a moment when everyone else at the table quietly smiled at one another. She had Alzheimer’s, and there wasn’t much more we could do at that moment than simply be polite.

Watching a beloved senior develop Alzheimer’s or another form of dementia can be heart-wrenching. In the early stages, this woman’s husband was providing dementia home care. But soon the condition had progressed beyond what he could handle on his own, and he’d contracted professional home care services to assist his wife. He sometimes told me he wished he’d better understood her condition early on. And so we wrote this blog, for anyone in a similar place.

First Steps in Caring for Seniors With Alzheimer’s and Dementia

If you think you’re seeing signs of dementia in your family member, it’s best to go bend your doctor’s ear about it. Dementia is an umbrella term for any disease that causes cognitive decline. Some of those causes can be treated and others can’t. But it’s also true that Alzheimer’s is the most common kind of Dementia in North America. And despite the best efforts of modern medicine, we can’t do more than slow it down at this point.

It’s important to be patient and to try to keep them as active as possible while keeping them safe. Letting a senior with dementia have as much control as possible will make them feel better, and keeping them moving and reading will keep their cognitive abilities stronger for longer. And don’t neglect your own activities either, which will help you stay strong and happy as you care for them.

Understanding the Stages of Dementia and Alzheimer’s Care

Alzheimer’s and Dementia is a progressing illness, and providing good at-home care for your senior means knowing what kind of care each stage will need.

The friend I described above was in the early stages of it. She was still lucid enough to get around and didn’t have too much trouble taking care of herself. It was just that her short-term memory was going. She didn’t like running errands as much because there were times she’d suddenly feel lost, as though she’d forgotten what she was doing there. Her husband gradually took on the responsibility of going with her or at least remaining on call to help her. He started making changes to the home, such as walk-in baths and putting carpets in places where slips could happen.

In the middle stages, many seniors start to feel more confused, or even irritable. They’ll have less impulse control than before, and will need more help with simpler tasks. Many senior caregivers find it helpful to set up a routine to help them bathe, dress, eat and stay active. Cooking was getting harder for my friend around this time, and she was getting more frustrated with it. I remember this was the stage when my friend’s husband contracted professional home care providers. Her husband said he halfway did it for himself. Being the sole caregiver for a Dementia or Alzheimer’s client is hard, and he really appreciated having a trained caregiver stop by the house, who could get his wife dressed and fed and who could help with her medications and appointments.

In the latter stages, you might see changes to the senior’s personality. In my case, my friend lost that signature sparkle in her eyes, that knack for telling lively stories. I didn’t love her any less, but I had to acknowledge they’d become someone different. Her husband insisted that she stay home, so I saw more and more of the professional senior caregiver he’d hired. I remember they were particularly comforting to me. Knowing they knew what to do for her put me at ease enough to process how her illness was affecting me, which let me stay closer.

Other Resources for Dementia and Alzheimer’s Caregiving

There are a variety of blogs to look into, where people have actually built lives and even careers out of caregiving insights. They may be able to give you good tips or at least let you know you aren’t alone. Some of them may also be professional home caregivers, who specialize in assisting seniors with dementia and Alzheimer’s. I can say from personal experience that they help more people than just their clients, simply by providing security and peace of mind.

If you’re in the Greensboro or Winston-Salem area and would like a trained dementia caregiver to stop by your home, you can always contact Piedmont Home Care at (336) 724-1197.